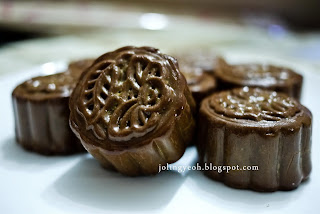 Since my first attempt of baking mooncakes was so successful, I decided to go for another try. I always craving for chocolate stuffs until I make my mind to bake chocolate mooncakes. All the steps are similar to the normal baked mooncakes with only some difference on the ingredient. I used the ready-made chocolate lotus seed paste which I bought it in a pastry shop. This will make the baking more easier as  making the paste will be a bit troublesome and time consuming.

For more detail, you can look in the previous post, baked mini mooncake recipe. 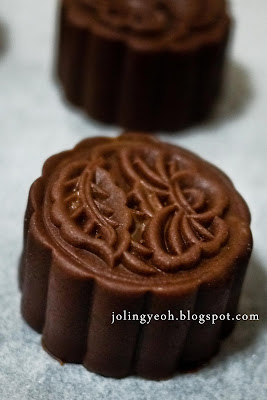 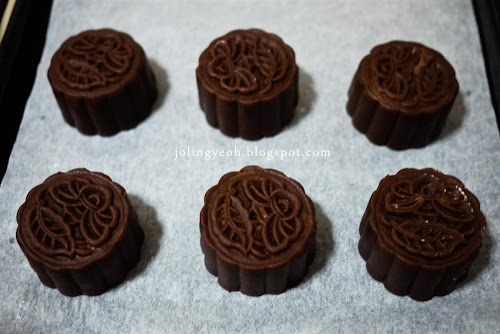 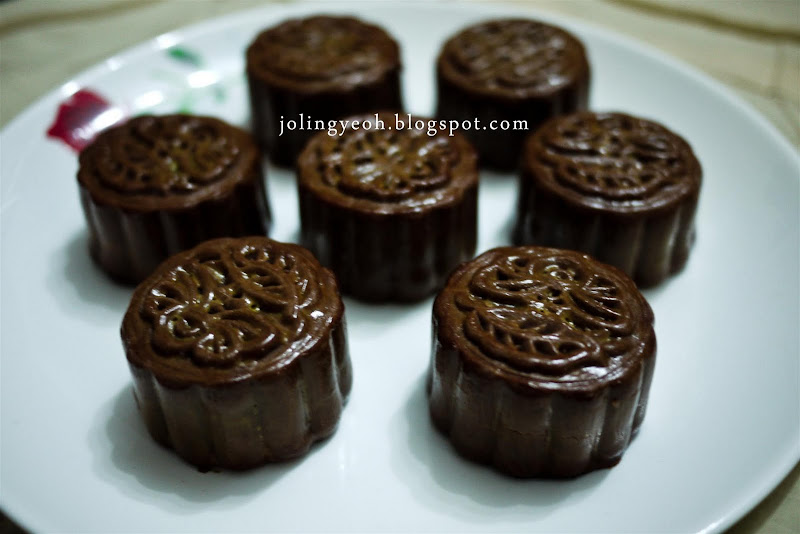 Hot from the oven 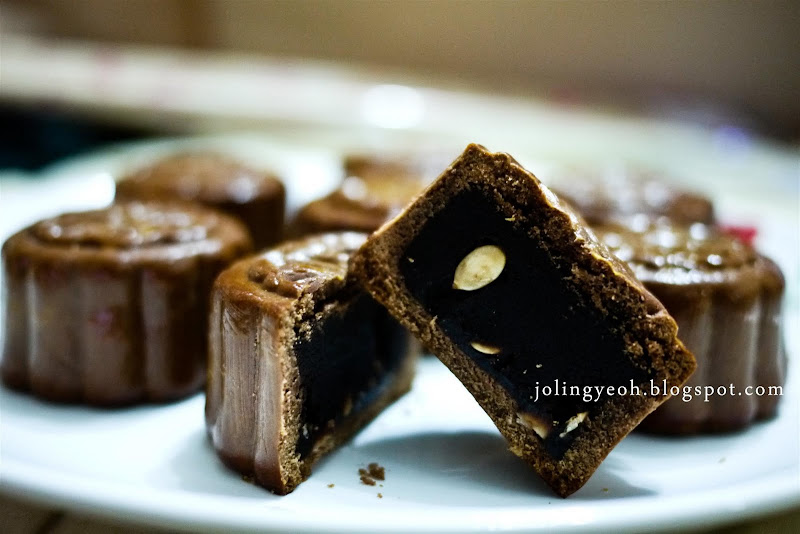 Happy Mooncake Festival
Shared it with Love,
Try it out!!!
♥
Posted by Jo Ling at 9:46 AM